#1 – The single largest property theft in the world. 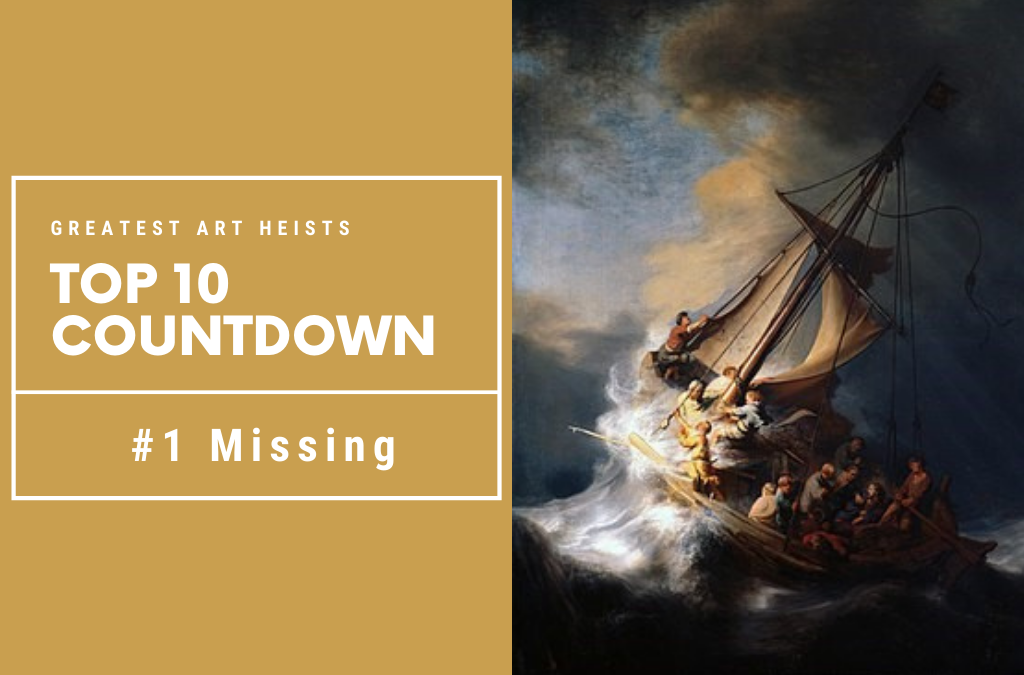 Isabella Stewart Gardner was the daughter of a wealthy linen merchant who was born in New York in 1840.  She married John ‘Jack’ Lowell Gardner in 1860 in Boston and together they regularly travelled the world collecting many artworks and artifacts, chiefly from Europe, but also from Egypt, Turkey and parts of Asia.  As their collection grew, they realised that their Boston home would not be large enough to continue housing the artworks.  Jack died suddenly in 1898, so Isabella continued with their shared project to build a large museum for their treasures elsewhere in Boston.

When the building was ready, Isabella oversaw the arrangement of all the pieces in the collection.  There was a private opening of the Museum on 1 January 1903 and a few months later it opened to the public.

Isabella died in 1924 leaving specific instructions in her will about the management of the collection.  It was not to be expanded or pieces sold, and the arrangement in the museum itself was not to be changed.

By the 1980s the Museum was under financial strain which left it in poor condition and not very secure.  There was no insurance and no climate control, and fundamental maintenance was not being done.  Security was improved a little after the FBI told the museum board about a plot they had uncovered to rob the collection.  The board authorised the addition of motion detectors, extra security guards, and CCTV around the outside of the building, but nothing in the interior.  Isabella’s will specifically forbade major renovations.  The only way police could be called in an emergency was a fixed button at the security desk.  There was no fail-safe system where guards were required to call in to the police every hour like other equivalent museums.

A security consultant had also recommended that the guards be paid higher salaries so the museum would be able to attract better qualified applicants, but the guards were paid only slightly above minimum wage.  It was general knowledge among those protecting the collection that the security was below par.

Two police officers turned up at the door of the Isabella Stewart Gardner Museum in the early hours of 18 March 1990 saying they had been called to a reported disturbance.  There were two guards on duty that night, one patrolling the galleries and one staffing the security desk.  He could see the officers on CCTV at the door.  He let them in and was asked whether anyone else was on duty that night and would he call them back to the desk.  They instructed him to move out from behind the desk to show his identification.  One of the officers promptly handcuffed him and when the other guard entered the room he was also handcuffed.  It was then that they revealed their plan to raid the museum and took the guards to the basement where they were left secured to a pipe and workbench.  They spent the next hour taking the artworks.  All their movements were recorded by the motion detectors.  They were gone by 2.45 am.

The alarm was not raised until the next guards’ shift early in the morning.  They realised something was not right when they could not get the attention of anyone inside the museum to be let in.

The painting by Vermeer is regarded as the most valuable unrecovered object in the world at USD$250m, and ‘Storm on the Sea of Galilee’ is Rembrandt’s only known seascape.  There is a separate reward of $100,000 USD offered for the safe return of the Napoleonic finial alone.

Authorities are puzzled by the nature of the items taken as some like the finial and the Chinese gu are not particularly valuable, and other significant and very valuable artworks were not touched.  Police believe that it is possible that the thieves were not stealing to order as they did not handle the items very expertly and the items they took indicated their lack of art knowledge.  They may have thought the bronze finial was made of gold.

Immediately after the theft, the museum director enlisted the assistance of Sotheby’s and Christies auction houses to raise funds for a reward to be offered for information leading to the recovery of the missing items.  They raised $1m USD which was increased to $5m in 1997.  Again in 2017, the reward offered became $10m just for that year, but was extended further after many clues were received from the public.  It became the largest sum ever offered by a private gallery.