The Importance of Good Storage 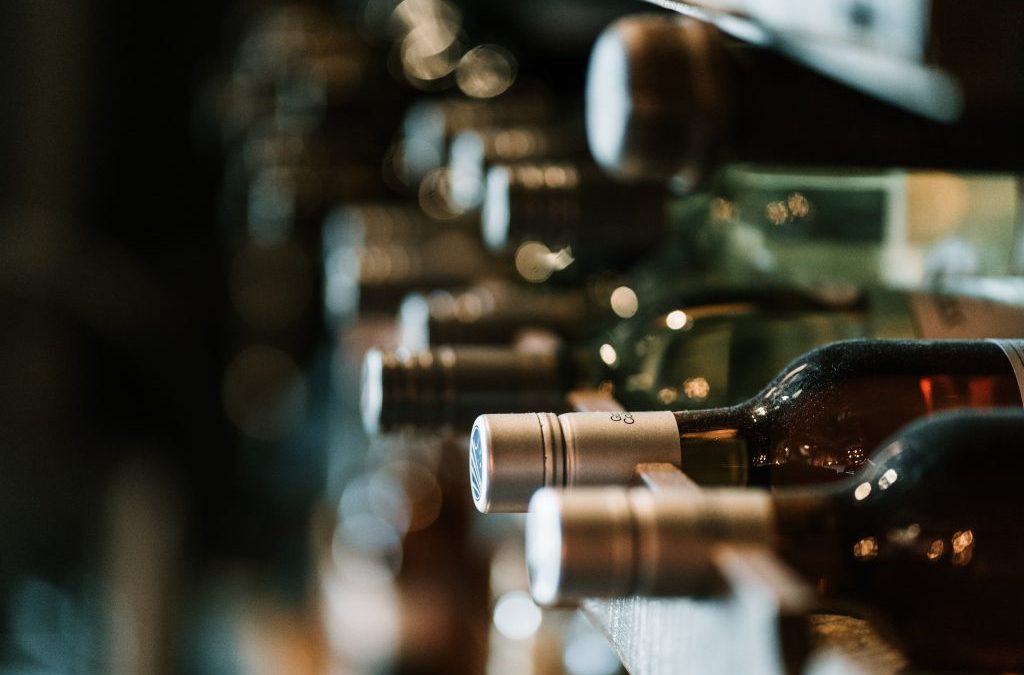 Keystone can provide insurance for wine or spirits collections.  Ideally, these should be stored in conditions that preserve their longevity in the best way possible.  This also preserves the value of these types of assets.  Storage needs special consideration and planning.

Keystone will not cover damage to wine or spirits caused by:

Cork sealed bottles should be cellared on their sides to prevent the cork drying out and shrinking (the wine will keep it moist).  If this occurs it may allow air to penetrate the bottle and cause oxidisation of the wine.  It is important, therefore, that corked wine is not stored in very dry or air-conditioned places.  Screwcap sealed wines can be stored upright, although horizontal storage in racks can be an efficient way to save space and it doesn’t affect the wine.

Spirits are different to wines in that they should be stored upright.  Cork-sealed whisky for example, if stored on its side, can cause the cork to mix and seep into the liquid due to the high alcohol content, causing the cork to disintegrate over time.  These corks particularly need attention to keep them moist or fresh.  This can be done by tilting the spirit bottles horizontally two or three times a year allowing the liquid to soak the cork, before storing them vertically again.  This will keep oxidation at a minimum.

Ideal temperatures for white wine storage are from 7 to 12 degrees Celsius.  Red wine storage can be slightly warmer at 12 to 18 degrees Celsius.  The warmer the conditions, the faster wine ages.  If it gets too warm for too long, the wine will ‘cook’ and the taste and smell will be flat or off, tasting stewed or raisiny.  The key aspect is the constancy of the temperature when storing wine.  Fluctuations in temperature increase the rate at which it ages.

Spirits such as whisky, vodka, gin, rum and tequila have enough alcohol content to be stored well at room temperature or slightly lower, (similar to red wine) at around 12 to 16 degrees Celsius.  Keeping these in a relatively cool place preserves them longer.  As temperature increases, it evaporates the alcohol more quickly and can change the flavour over time.  Many people store vodka in the freezer, which although not necessary, there’ s no harm in doing so since the alcohol will not freeze.  Note that gin and vodka are better consumed when chilled, so experts recommend placing these in the freezer about one hour before serving.

Fortified wines (vermouth, port and sherry) and cream based liqueurs should be refrigerated as these need to be kept cold.

Light is also a problem for wines as UV rays increase the rate at which it ages.  It tends to be less of a problem for spirits in that sun rays will not spoil the liquor, but extended exposure has a similar effect to heat in that it accelerates the oxidation process and results in loss of colour.  Light ageing of wine is why it is so commonly stored in cellars that are dark and maintain constant cool temperature, and is also why wine is very often stored in coloured glass bottles.

Lack of humidity is chiefly a problem for wines sealed with corks as dry air can shrink the cork allowing air seepage into the bottle that can spoil or oxidise the wine.  But it can also be a problem for wine labels where humidity is excessive because it can make labels hard to read or even remove them from the bottle altogether.  An unidentifiable bottle may result in total loss of value.  This is bad news for wine and spirits as an investment.

Opening and serving wine and spirits

How wine is best served depends on its age.  The older it is, the more care is advised when preparing it to drink.  The bottle should be stood up gently after lengthy cellaring to settle sediment.  Leave it in cool dark conditions for several hours.

Decanting is of benefit no matter how old the wine is as it exposes it to the chemical action of the air and serves to remove sediment.  Pour the wine from the bottle into an appropriately sized decanter, except for a small amount at the bottom that can be emptied into a glass.  Give this last part of the wine time to settle in the glass.  If it stays cloudy with sediment throughout, throw that portion away.

Wines sealed by screwcap, glass or plastic corks generally benefit from about 1 hour of decanting before serving.

Prior to opening a sealed bottle of whisky, consider that it will age faster once the seal is broken and flavour will slowly deteriorate and grow dull.  Consuming a bottle within two months is best.

I do like the tip from liquor.com which is referring to whisky, but can equally be applied to wines:  ‘…it’s not easy to open bottles that cost thousands of dollars, but… distillers and blenders produced the liquid believing it would one day be enjoyed.’  Don’t forget to find that special moment or occasion to enjoy some of your investment!

Selected definition of terms related to wine and spirits

ABV – An acronym for Alcohol by Volume (abbreviated as ABV or alc/vol).  This is a standard measure (percentage) of how much alcohol (ethanol) is contained in each volume of an alcoholic beverage, eg. wine that says 12% ABV means that 12% of the volume of that drink is pure alcohol.

Aromatic – A wine with very noticeable or distinctive smell.

Breathing – The interaction between air and wine after a bottle has been opened.

Barrel or Cask-Aging – Aging the product of distillation in a wooden (often oak) barrel or cask that may or may not have been previously used to age another spirit, and may or may not have been charred to blacken the inside.  The aging process mellows some of the harshness of the spirit while also infusing it with both colour and character from the wood itself.

Barrel Proof/Cask Strength – Terms found on the label of a whisky bottle indicating that the spirit was not diluted once it was removed from the barrel or cask, meaning it is much higher proof than the spirit traditionally.

Cask – A wood barrel or storage vessel, often made from oak, that is used in wine or spirit making for fermentation and/or ageing.

Cork – The light but tough material obtained from the outer layer of bark of the cork oak tree which grows near the Mediterranean Sea and is used commonly for stoppers and insulation.  The cork industry is generally regarded as environmentally friendly because the cork tree is not cut down to obtain cork; only the bark is stripped and the tree continues to live and grow.

Distillation – The process of separating the elements of a liquid (eg. ethanol from water) using evaporation and condensation.

Fortified wine – Wine to which alcohol has been added, generally to increase the concentration to a high enough level to prevent fermentation.

Oxidation – the loss or removal of electrons in a species, or an increase in the oxidised state of an atom, an ion or of certain atoms in a molecule.  It is part of a chemical reaction in which the oxidation states of atoms are changed (see Redox).

Proof – An historic term still in use today, referring to twice the alcohol by volume (ABV) of a spirit (eg. a 40% ABV whisky would be 80 proof).  Note that proof definitions are different in the UK than the USA.

Punt – The indentation found in the base of a wine bottle.  Punt depth is often thought to be related to wine quality, with better wines have a deeper punt.

Qvevri – Earthenware vessels used for the fermentation, storage and ageing of traditional Georgian wines.  Resembling large, egg-shaped amphorae without handles, they are either buried below ground or set into the floors of large wine cellars.

Redox – The reductive-oxidative way that wine ages.  As one part gains oxygen and becomes oxidised, another part loses oxygen and becomes reduced.  Early in its life, a wine will exhibit oxidative aromas and traits due to the relatively recent influence and exposure of oxygen when the wine was barrel aged and/or bottled.  As the wine ages as is shut off from a supply of oxygen in the bottle, a mature wine will develop reductive characteristics.

Ullage – The space between the wine and the top of the wine bottle.  As a wine ages, the space of ullage will increase as the wine gradually evaporates and seeps through the cork.  The winemaking meaning of ullage refers to the practice of topping off a barrel with extra wine to prevent oxidation.

Whisky (grain) – Whisky made from a proportion of grains (eg. corn, rye) in addition to or instead of malted barley.

Whisky (malt) – Whisky made entirely from malted barley with no other added grains.

Wine Cave – An underground structure for storing and ageing wine.

Wine Fraud – Any form of dishonesty in the production or distribution of wine.

Wine Label – The descriptive sticker or signage adhered to the side of a wine bottle.

Zymology – The science of fermentation in wine.

Definitions sourced from Wikipedia and vinepair.com.

Note that Keystone also has extensive experience with art and collectibles insurance.  See the related article ‘The Importance of Good Storage’.