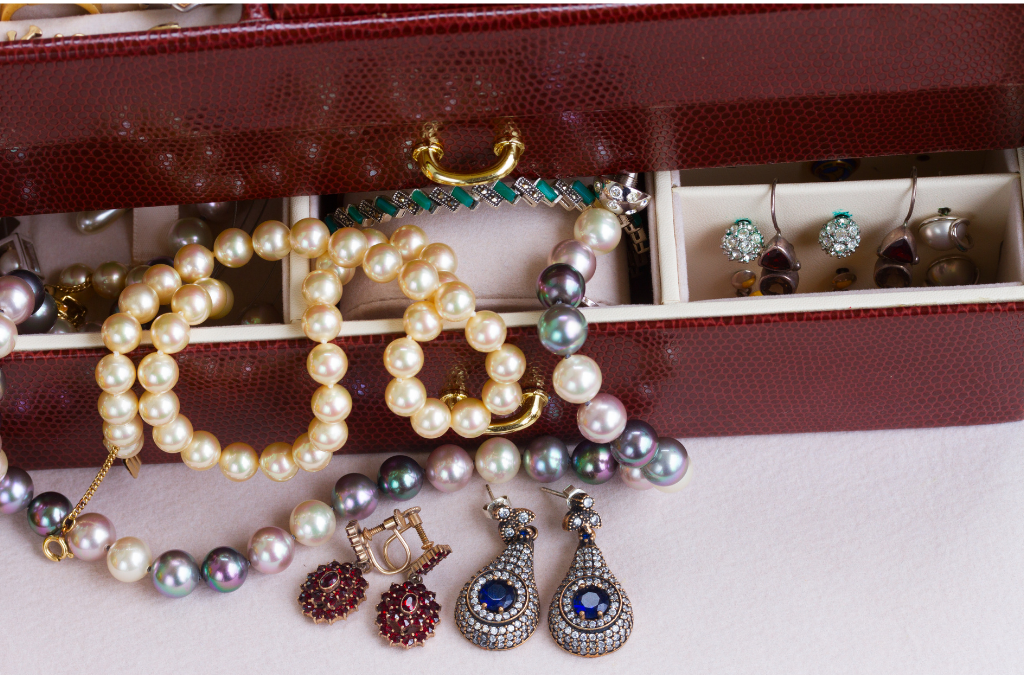 Valuations assist policy holders avoid the pitfalls of over or under insurance.

These are important for art and jewellery just as any other asset.

Art is bespoke, so losing this type of asset means the payout needs to adequately compensate for the loss.  This is much more easily achieved if there is a recent valuation on file.  This is especially so for works by collectible artists that can quickly and sometimes dramatically increase in value.  We recommend regularly re-valuating art assets at least every few years.  Super funds usually require annual valuations of assets in a portfolio.

Jewellery is a little different in that if it is lost but adequately insured, it can be re-made.  A valuation provides a clear and detailed description of what comprised the jewellery as well as attributing a professional view on its value.  This in turn provides enough funds to replace a lost/stolen item through the insurance claim process.  If a piece is to be faithfully recreated, a recent description in a valuation provides the essential details.

Mary purchased three artworks by emerging artists at auction seven years ago.  She paid $25,500, $19,800 and $17,250 respectively.  A friend who is also an art collector advised her that it would be wise to insure her pieces, so this was duly arranged not long after purchase at the total sum she paid for the pieces being $62,050.

Mary had had the policy for three years and after this time the insurer each year at renewal asked for an independent valuation of the artworks.  This was recommended but not required, and Mary didn’t want to go to the trouble and expense of obtaining the valuation, so didn’t get around to it.

Last year, an electrical fault caused a fire in Mary’s home resulting in the destruction of the artworks.  A claim was made for a total value of $110,000 based on a valuation obtained after the fire by a professional valuer who looked at photos of the works that Mary had stored on her computer.

The artists’ works were now sought after and there were consistent sales for similar works to those Mary had owned at prices well above what she had paid at the original auction.  But the premiums Mary had paid over the years were only for the original purchase prices.  She hadn’t provided new valuations when asked, so the sum insured was never revised.  The insurer pointed out that as there was no valuation provided over the years, they could only pay out $62,050 (the sum insured).  Mary was unable to replace her investments by purchasing three more works by the same artists.  She had $60,050 but had lost $49,950 by under-insuring.

Paul had inherited a large painting of an old steam ship from his uncle who had been a small collector of shipping memorabilia.  This uncle had passed away five years earlier, but Paul remembered him discussing the steam ship painting as a work he had purchased from an antiques store in the 1980s.  He often mentioned that he had paid $100,000 for it and that he felt he had got a bargain.

Paul knew nothing about art or collecting, but remembering his uncle’s enthusiasm, felt that the painting must be worth at least $185,000 today.  He sought insurance on the work, but was reluctant to spend money obtaining a valuation since he was confident that his uncle’s story was true and that he knew the value of art.

The insurer was happy to insure the painting at $185,000.  Paul had provided comprehensive details of the painting including photos and old documents showing the details of the antiques store where his uncle had purchased the work, but not the price.  Additionally, there was good security around the painting at Paul’s home.  However, the insurance would only provide cover for market value in the event of loss instead of agreed value, due to the lack of a recent valuation.

The annual premium was approximately $600 which Paul paid for several years.  Each year, the insurer would ask for a valuation, but Paul continued to feel this was a waste of time and money and did not provide one.

One year, Paul conducted a major review of his financial situation, and his accountant recommended that the painting be included as part of his superannuation fund assets.  This meant that it could no longer be kept at his home but would need to be stored at a gallery or in a suitable storage facility.  It also required him to get the painting valued each year.  This was duly done, and the professional valuer determined that the painting was worth only $95,000.  Paul presented the change of location details and the valuation to his broker which resulted in the annual premium being reduced signficantly.