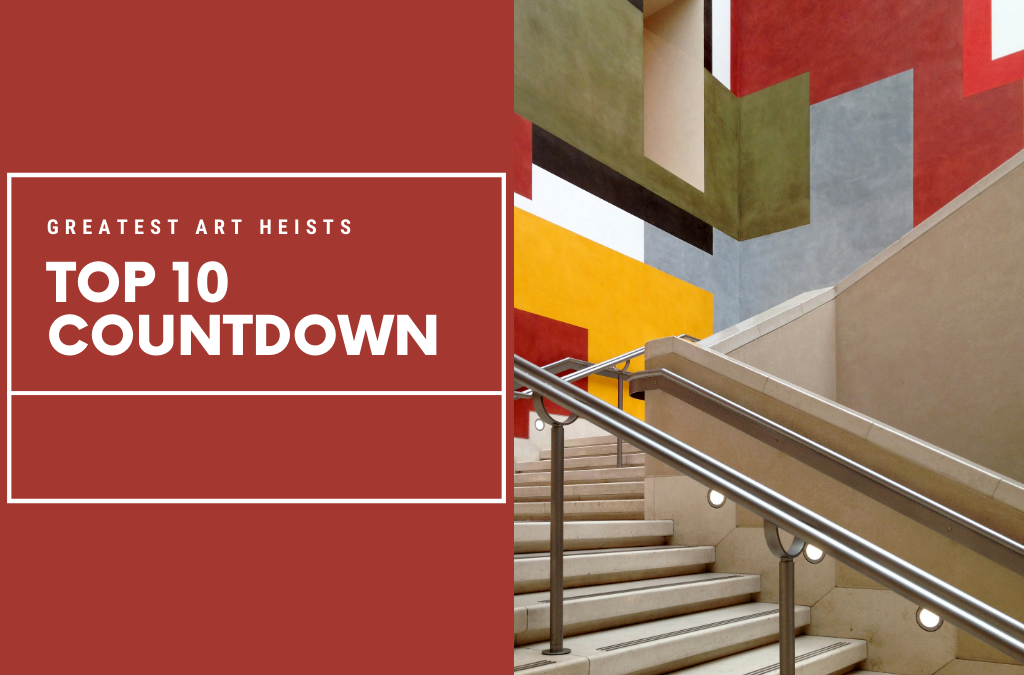 It is believed that around 50,000 artworks are stolen annually around the world and that only a low percentage of those thefts are found.  But interestingly, Interpol says that Paris is the number one city in the world, by a significant margin, where stolen artwork is recovered.

Places where art theft occurs the most correlate logically with war and strife; ‘the chaos of war provides the perfect cover for stealing valuable works of art…’ – Interpol database.

The top ten most vulnerable countries are as follows, with number one being the most frequent thefts:

One noticeable absence is the United States.  It is nowhere near the top ten most vulnerable countries (ranked 23rd), which possibly points to good security, but also that Interpol states they are very good at recovering pieces.

Australia, fortunately, does not even make the list, probably due to the relatively small size of its art market compared to the rest of the world.  There are few statistics on the Australian market overall, and little available on art theft.  Marianne James from the Australian Institute of Criminology stated some time ago that ‘…it is mainly the theft and forgery of paintings which is of concern…the small size of the art market and its geographical isolation protects Australia…’ – James, October 2000.  Larger Australian galleries and museums that house significant works tend to have world class security these days.  Although, that has not always been the case…

The global black market for artworks is estimated to be worth something between $5.5 and $11 billion each year.

Art theft yields some fascinating stories and some lessons.  Here Keystone presents what we regard as the best of these in a series of articles.  We will count down the top ten most sensational heists from around the world over the next ten weeks. Each week we will release one recovery story and one where artworks are still missing. Can you predict what will be number one?!

*Note that all values are quoted in Australian dollars.