#9 – ‘The Customs Officer’s Cabin at ‘Pourville’ by Claude Monet 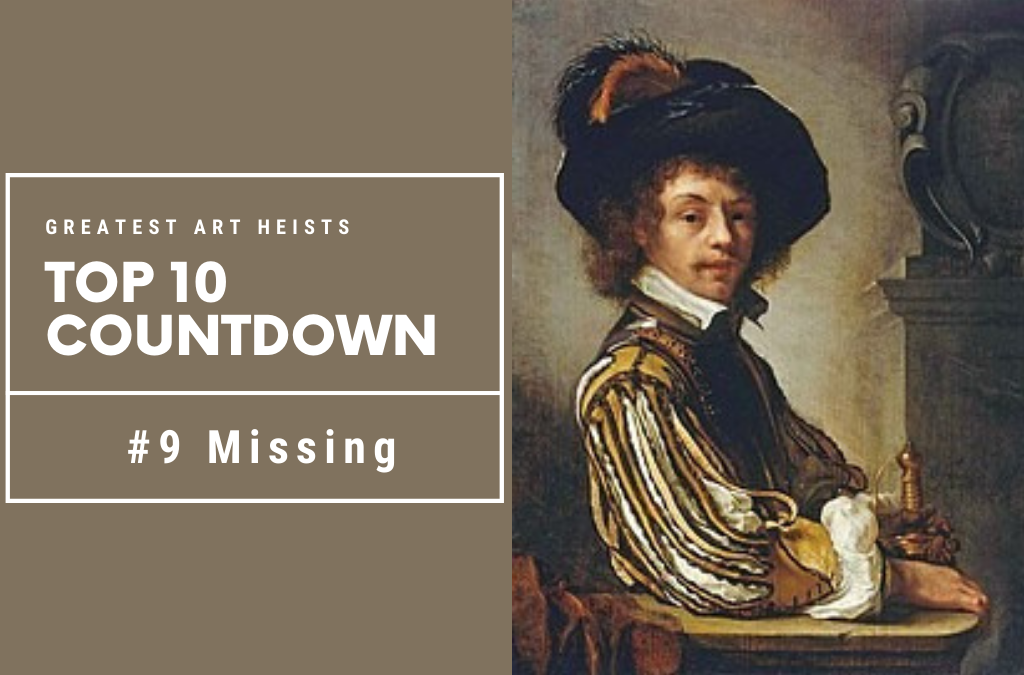 ‘A Cavalier’ shows a wealthy well-dressed young man, assumed to be a self-portrait of the artist.  It is a small oil painting on canvas measuring only 20 x 16 cm.  James Fairfax donated it to the Art Gallery of New South Wales in 1993.

Sunday 10 June 2007, the painting was audaciously stolen while the museum was still open to the public.  No one noticed the theft, most likely due to its small size and ease with which it could have been smuggled out of the building.  It has never been recovered.

The painting was secured to the wall by two fixings that the thief was able to dismantle without setting off any alarm.  The room it was in had no CCTV cameras and only one guard who was not there all the time.  The Gallery had long been understaffed and had complained of this to the state government of the day.

There has been much criticism of the way in which the investigation into the disappearance was handled.

Right from the beginning, the gallery did not report the theft until three days after the painting was taken.  Apparently the theft was not noticed for two days.  Gallery staff then checked their inventory to see if it was misplaced somewhere in storage or elsewhere in the gallery before notifying police a day later.

It has been speculated that the painting could easily have been taken out of Australia to be sold overseas.

NSW police ended the investigation by 2008 after looking into all aspects of the theft.   This raised a few eyebrows internationally, since it is common for investigation to be scaled down, but unusual for them to be stopped altogether.  The FBI in the USA still has the painting on its list of top ten art crimes.

In 2012 the NSW government asked an investigator to look into matters further.  He stated that he felt the painting was probably still somewhere in Australia.  Crime researcher from James Cook University, Vicki Oliveri commented at the time that “A Cavalier has not only disappeared from the walls of the gallery, it has all but disappeared from memory save for some continued interest in the case which helps it maintain some level of public profile.  This interest, however, does not come from Australia but rather, it comes from the United States.’