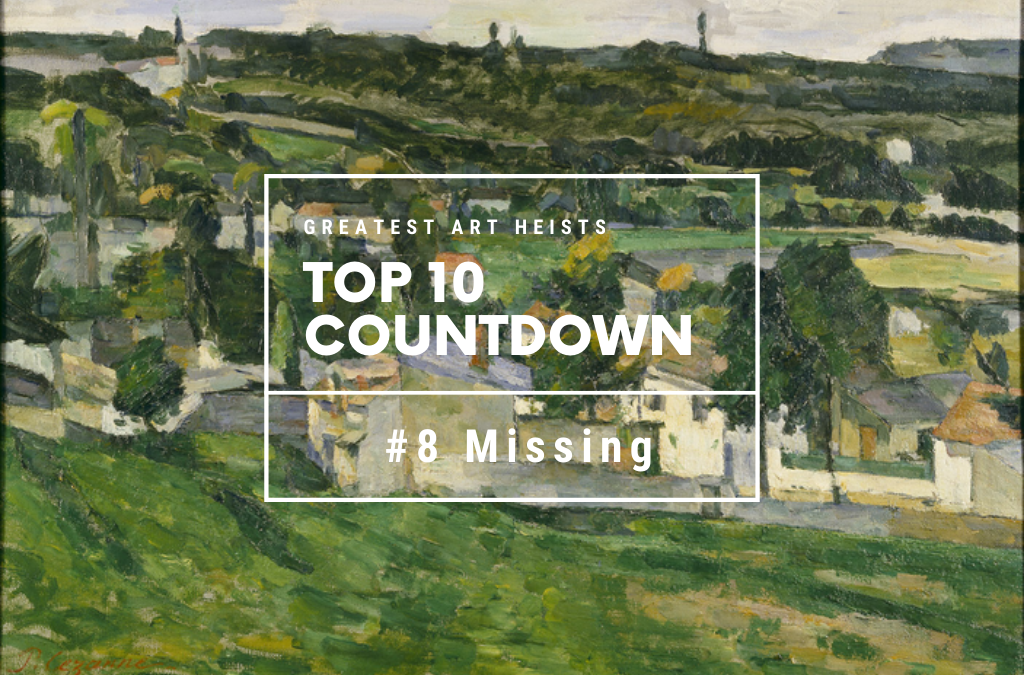 Celebrations for the new millennium were on in Oxford on New Year’s Eve December 1999.  Fireworks and crowds provided distraction for thieves to climb scaffolding around new extensions of the Ashmolean Museum’s library unnoticed.  Once on the roof, a skylight was broken over the Hindley Smith Gallery and a smoke bomb tossed into the gallery space.  The thieves followed down a rope ladder, carrying a small fan that would help to distribute the smoke in the building and making it difficult for guards and CCTV cameras to see their faces.  They cut the painting from its frame, then left the way they had come up the rope ladder.  Immediately, they were able to lose themselves in the celebrating crowds.

Alarms sounded during the theft, but security guards thought that they were triggered by fire because of the smoke.  Police and firefighters had entered the gallery but found no fire, just the empty smoke bomb container and a blank section of wall where the painting had been.

Authorities have speculated since that the painting might have been stolen to order.  It was the only Cezanne painting owned by the Museum and there was no other painting missing despite that gallery containing works by Renoir, Rodin and Toulouse-Lautrec.  It is likely that whoever stole it would know it is well known and would not be easy to sell.

The painting was not insured because its value would command a very high premium which the Museum could not afford.  The lack of insurance is not uncommon for famous high value artworks due to the cost.  Instead, museums often need to rely on good security and the fact that artworks are well known.

Early on, British police called in art crime specialists to help with the investigation, believing that it may be still within the country.  Law enforcement specialists in other countries also have the painting on their watch lists.  Nearly 20 years on, the painting has yet to be recovered.