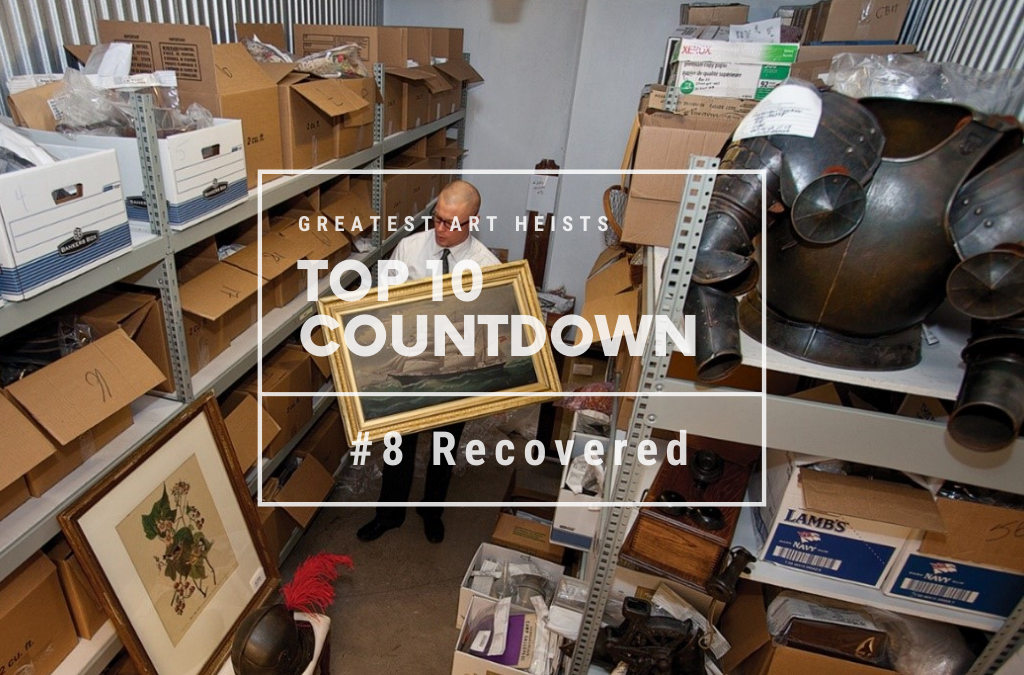 John Tillmann was a Canadian art thief and white supremacist who was a supporter of Nazi ideals.  Over a period spanning more than 20 years, he got away with stealing around 10,000 artworks and collectibles.  He was known to police for ‘…extortion, shoplifting, making threats and assaults…’ but the art and antiques thefts were not revealed for a very long time. (en.wikipedia.org/wiki/John_Tillmann).

In the 1990s, Tillmann was heavily involved in the politics of the Canadian Reform Party.  He expressed controversial views about Nazism, anti-Jewish sentiment and strongly supported white supremacist attitudes.  He has been described as a very self-confident kleptomaniac and highly intelligent, but with a skewed view of the world and what he felt he was entitled to.  The lead investigator on the case that eventuated described him as “a master of manipulation”.

After graduating from university with a degree in international marketing, Tillmann went to Russia for several years, running street kiosks.  There he met and married Katya Zhestokova who joined him in his stealing escapades.  They were a very successful pair, acting together to steal from museums, galleries and antiques venues all over Europe, the Middle East and north and south America.  Katya’s brother Vladimir also joined them in the heists as a specialist computer hacker and alarms disabler.

The team stole from every continent except Australia.

January 2013 finally saw the arrest of Tillmann in possession of stolen property.  He had been pulled over by traffic police in Canada who knew he was breaching house arrest.  In his car, one of the officers noticed a very old letter written by Major General John Wolfe in 1758.  This uncovered further looted items at his house, and was the start of an extensive investigation by the Royal Canadian Mounted Police, Interpol, the Royal Newfoundland Constabulary, the US department of Homeland Security and the FBI.

In the first week alone, police seized over 3,000 items.  Just a few weeks later, they ran out of room in their storage facilities to house everything confiscated.  A specialist climate-controlled storage facility was arranged at a secret location to keep all the recovered goods for approximately three years while investigations and recoveries continued.  The list of items stolen was never made public to ensure false claims to the artifacts were not made, so returns to the rightful owners took a long time.

An amazing array of stolen items were discovered in an investigation described in 2013 in the Canadian newspaper The Star, as ‘…a cross between CSI and Antiques Roadshow…’.  The items tended to be not necessarily high value, but certainly eclectic and unusual.  Notable items were:

After Tillmann’s arrest in 2013, he was sentenced to nine years in prison on roughly forty charges.  He never revealed the identity or whereabouts of Katya and her brother; they are assumed to be still living somewhere in Russia.  He was given parole after only two years and remained living in Nova Scotia.  He died on 23 December 2018 at age 57.  The cause of his death has not been publicised.