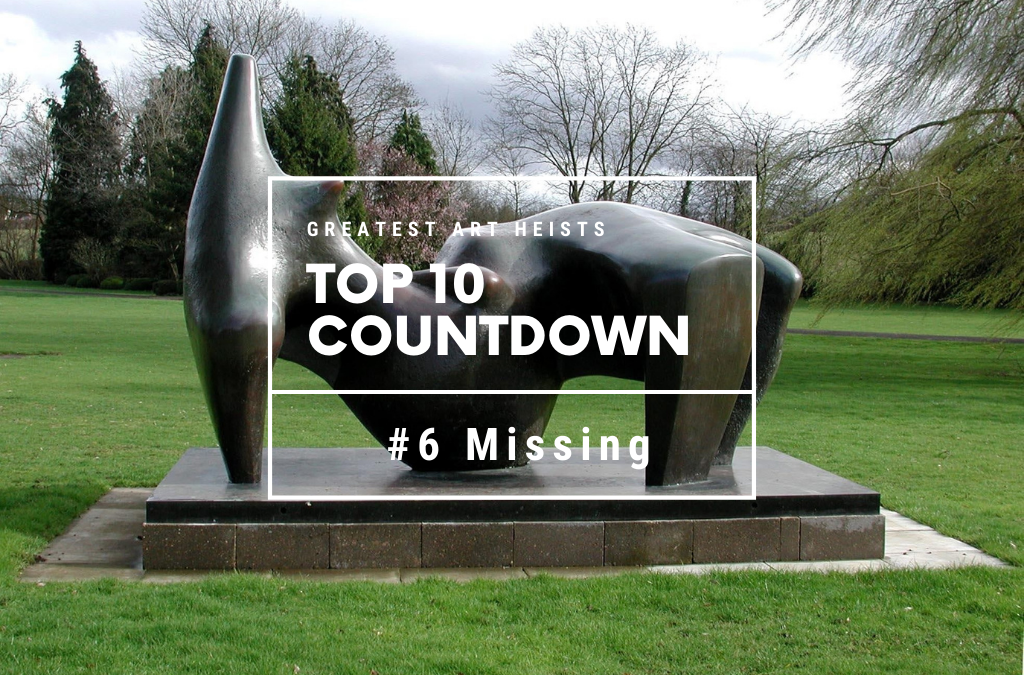 Thursday evening 15 December 2005, three men entered the grounds of the Henry Moore Foundation, a sprawling 70 acre estate at Perry Green, Hertfordshire.  They had brought with them a Mercedes flat-bed truck with a crane on the back.  They lifted a two tonne sculpture from the farmyard courtyard onto the back of the truck and drove away.  The entire theft was recorded on CCTV cameras.

The public was astonished at the audacity of the crime, and that it had even been attempted given the colossal size of the artwork.  Despite a £10,000 (~$18,000) reward being offered by the Foundation for information leading to the recovery of the sculpture, it has never been found.  Authorities are fairly certain now that it was broken up and melted down for scrap metal and would have earned the thieves not much more than $2,500.

Investigations traced the sculpture to an Essex scrap yard.  It was later shipped overseas, possibly to Rotterdam then perhaps on to China.  Hertfordshire police believe it was cut up the night it was stolen, then permanently damaged before being moved abroad.

Richard Calvocoressi, director of the Foundation at the time of the theft described the incident as ‘a great source of regret’.  Security at the grounds was heightened substantially.