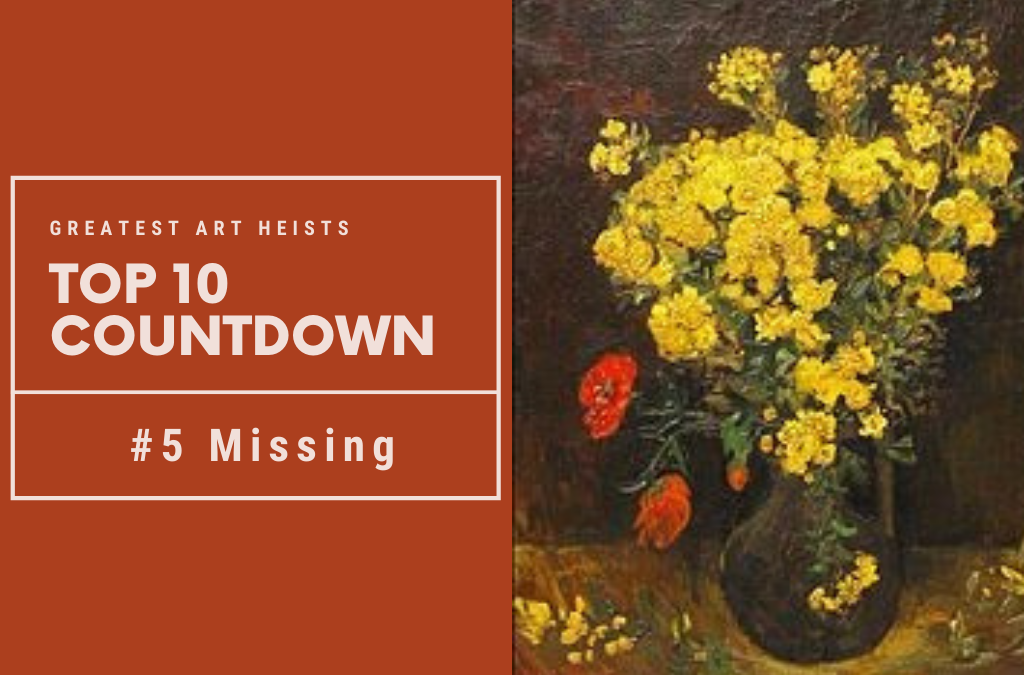 When Van Gogh’s painting was first taken in 1977, it had been on a journey across Saudi Arabia’s deserts to an undisclosed location in Kuwait.  It was returned to Giza in Egypt ten years later.  Egyptian authorities have never divulged the details of the robbery.

The painting was unfortunately stolen again from the same museum on 21 August 2010, making it one of the most valuable paintings in the world yet to be recovered.

The second time, the thief dragged a couch underneath the painting on the wall and stood on it to cut the canvas from its frame.  Presumably, the thief or thieves rolled the painting up then simply walked out of the museum.  Each artwork is supposed to have a connection to the alarms, but none of them were operating.  Police also discovered only seven out of 43 security cameras were working.  It was revealed that this had been the case for a while and was not due to forward-planning thieves.  The museum only had ten visitors on the day of the theft, but the police were still not able to track down those responsible.

Abdel Meguid Mahmud, Egypt’s most senior prosecutor, strongly criticised the museum for its lax security and described it as merely ‘a faҫade’.

Initially police focussed their search on routes out of the country at airports and seaports, and even arrested a pair of unlucky Italian tourists who were later released, but there was no sign of the painting.

In the same month as the disappearance, 15 officials were charged by Egyptian authorities with negligence relating to the care of the painting.

An Egyptian billionaire has offered a reward of just $175,000 for information leading to its return, possibly not enough for a painting valued so highly.