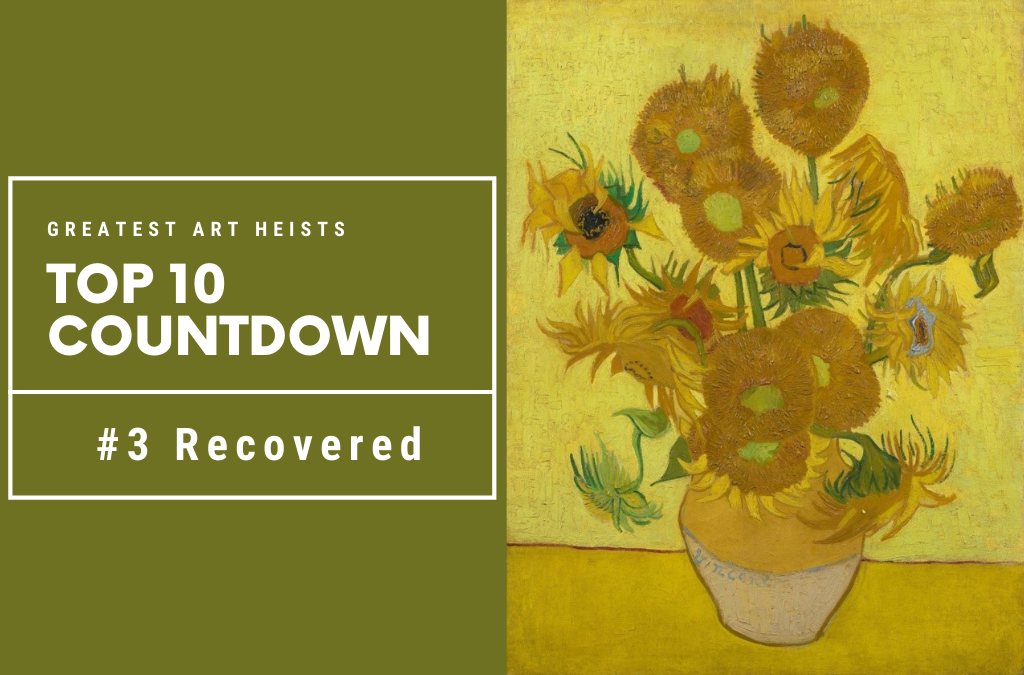 On Saturday 13 April 1991, a man entered the Vincent van Gogh Museum in Amsterdam before closing time.  He locked himself in a bathroom in the museum without being noticed and waited for the building to close and all to be quiet.

Around 3 am Sunday, two night guards heard a noise inside the building and went to investigate.  A man disguised with a balaclava confronted them with a pistol.  He locked one guard in a storeroom and forced the other to disable the museum’s alarms, allowing an accomplice to enter the building.  After confining the second guard, the two thieves set about choosing and removing the 20 paintings over the next 45 minutes.  They stuffed two garment bags full of works, then used one of the guard’s cars as a getaway vehicle.

At 4:50 am, not long after the thieves left, the guards raised the alarm.  An immediate a search was put out for the guard’s car.  Spotted unlocked and abandoned, it was found in the Amsterdam Amstel train station carpark by 5:25 am.  It was later revealed that a second get-away car had failed to arrive due to a flat tyre and the thieves had fled.  All the artworks were found in the car, three severely damaged.

Just 35 minutes was the fastest recovery time ever for stolen works from a significant collection.

It took three months to apprehend four Dutchmen for the crime.  One of the four turned out to be a museum guard (the one locked in the storeroom), a second was a former employee of the museum’s security firm, and the other two had planned the raid and promised the others substantial fees for helping.  All four were jailed.

The paintings, worth hundreds of millions of dollars, represented a significant record of van Gogh’s artistic skill over his lifetime.  The pieces taken ranged from one of his earliest ‘The Potato Eaters’ to ‘Wheatfield with Crows’ completed in the same month he committed suicide and possibly the last painting he made.  This was one of three paintings badly torn when the works were stuffed into a clothing bag during the theft.  The other damaged paintings were ‘Still Life with Bible’ and ‘Still Life with Quinces, Lemons, Pears and Grapes’.  All were successfully repaired.