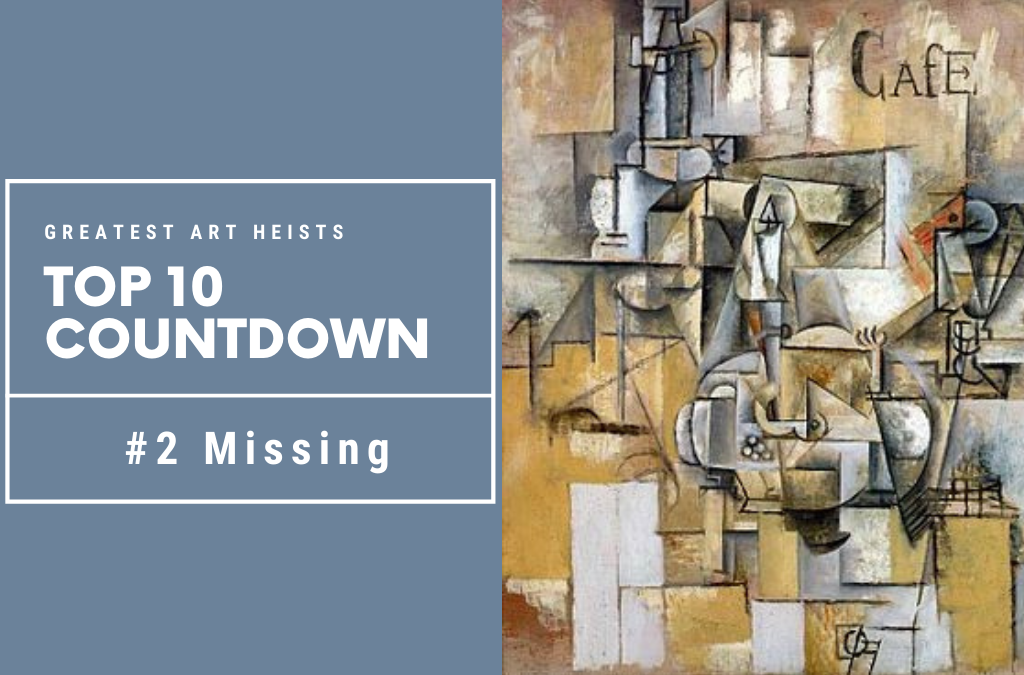 Location:  City of Paris’ Museum of Modern Art, Paris France
Stolen:  20 May 2010
Artwork:‘Pastoral’ by Henri Matisse
‘Olive Tree near Estaque’ by Georges Braque
‘Dove with Green Peas’ by Pablo Picasso
‘Woman with Fan’ by Mogdigliani
‘Still life with Candlestick’ by Fernand Leger
Value today: estimated to be worth around $227,000,000 AUD
Status: Missing

The City of Paris’ Museum of Modern Art is in the eastern wing of the Tokyo Palace on the banks of the Seine River opposite Notre Dame Cathedral, and is commonly known as MAM in French, Musée d’Art Moderne.  It houses over 8,000 eclectic modern works in rooms with high ceilings and wide spaces.

Three am, 20 May 2010, Serbian Vjeran Tomic broke into MAM through a window that he removed without breaking and stole five important modern artworks with little difficulty.

Tomic was known as the ‘Spiderman’ thief for his daring acrobatics during multiple burglaries.  His criminal record covered 14 other thefts.  He was an athletic rock-climbing enthusiast labelled with the nickname after climbing into luxurious apartments and museums to steal valuable gems and artworks.

Dressed in black and masked, ‘Spiderman’ was unobserved by three guards that night.  He cut each painting from its frame, rolled them up and escaped the way he came in.  All the paintings were in the same room except for the Mogdigliani.  The thefts were not discovered until the morning when the museum was preparing to open for the day.  The guards told police they had not seen or heard anything during the night.  Footage from one CCTV camera showed a man climbing in and out a window.

In 2011 an anonymous source tipped off authorities after Tomic had bragged about the theft.  They traced his mobile phone to find him and made the arrest.

Tomic confessed.  He had done it by cutting through a padlocked gate and unscrewing a window from its frame.  He then managed to break a security camera without being detected.  The alarms had been waiting for repairs for several weeks and motion detectors were also not working properly.  There is speculation that he may have known about the museum’s lax security, but he said nothing about that.  The theft was simple for him.

The original target was only the Leger painting.  The plan was to take this to an antiques dealer, Jean-Michel Corvez, who had agreed to pay roughly $65,000 for it.  But as the theft was easy, Tomic, who subsequently described himself as a ‘veritable art lover’, took advantage of his situation and helped himself to more.  He said he took the paintings just because he liked them.

The works are significant examples of the progression of modern art.  They are by important players in the modern art scene and show advances in modern art styles such as Fauvism (vibrant use of colour) and Cubism.  Modigliani died at age 35 of tuberculosis in 1920 and did not produce many pieces; each one is highly prized.  The continued loss of these artworks is keenly felt by the art world.

In 2017 the case went to trial.  Tomic was jailed for eight years and ordered to pay a massive fine of 104 million Euros (about $172m AUD), in part to cover the value of the lost paintings.  Two others were also charged with assisting in the heist (the antiques dealer Corvez being one) and were sentenced to six and seven years.

At the time of the theft Pierre Cornette de Saint-Cyr who was the director of the Tokyo Palace made a media statement addressing the thieves directly.  ‘These five paintings are un-sellable, so thieves, sirs, you are imbeciles, now return them.’ – artsy.net.  His request fell on deaf ears.

One of the accomplices charged with receiving stolen goods, Yonathan Birn, a watchmaker, said he had thrown them out in a panic when he heard of the arrests of the other two.  Authorities do not believe his story.  They would not be easy to sell on the black market since they are well known, but the general belief is that they are still hidden away somewhere.  Interpol still has a global alert out for the recovery of the works.