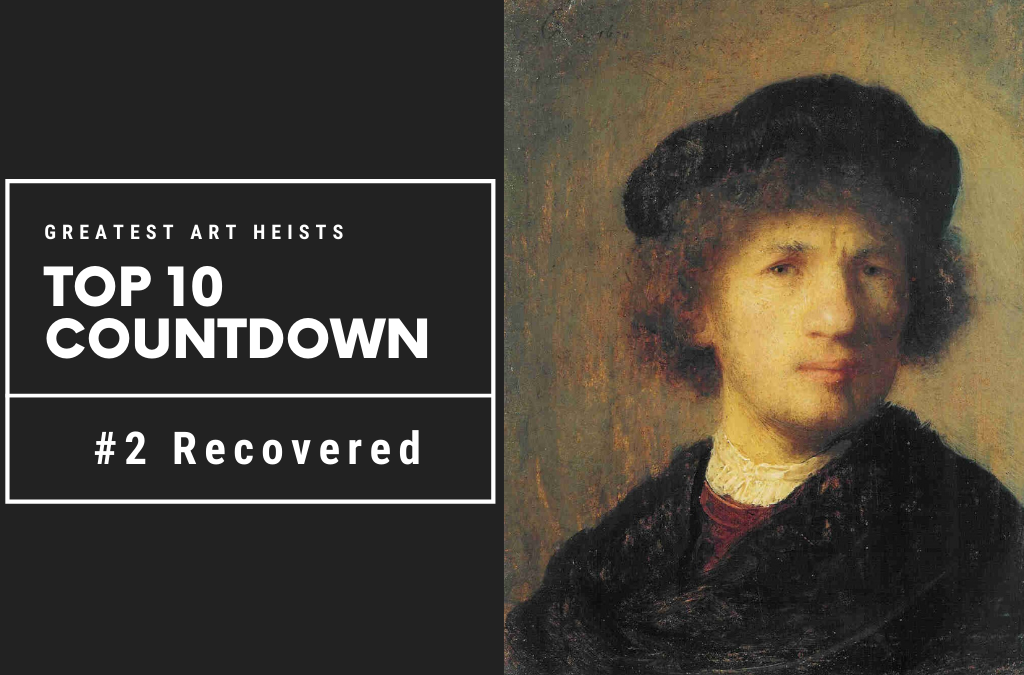 Two Renoir paintings and a Rembrandt were stolen in a spectacular armed robbery on 22 December 2000.  Three masked armed men ran into the museum just as it was preparing to close.  One held staff and visitors at bay in the lobby with a sub-machine gun, while the other two raced to the second-floor gallery, ordered guards there to get on the ground, then took the paintings from separate rooms.  The attack was swift and carefully planned; they left the building within minutes.

The thieves scattered spikes on the road as they made their getaway.  As the alarms went off, the thieves had coordinated bombs fires in different parts of the city outside nearby hotels to distract and confuse police and emergency services.  Before they had entered the museum, they had slashed the tyres of nearby police cars, which further delayed their pursuit.  They absconded in a small boat in the harbour next to the museum that was later recovered near one of Stockholm’s ports.

The January following the theft, police received a ransom demand.  This had been predicted by the acting museum director, Torsten Gunnarsson who had commented shortly after the theft that those responsible would probably try blackmail as there would be no market for such well known paintings.  He said no ransom would be paid as the museum had no money.  The thieves demanded approximately $4m.

Swedish narcotics police in central Stockholm were surprised by the discovery of the Renoir painting ‘Conversation with the Gardener’ during a drug raid on 5 April 2001.  It was found hidden in a bag.  Stockholm police spokesman Kurt Hansson said, ‘We weren’t looking for the painting, so it was a bonus when we found it.’

Initially 13 people were arrested for the thefts with eight sentenced to prison for up to six and a half years and others ordered to pay significant damages.  Arrests had been made within a month of the heist.  There was a Russian man thought to be the ringleader, those who had carried out the robbery, and two lawyers who made the ransom demand, among others who had assisted.  They were charged with a variety of offences including armed robbery, attempted extortion, accessory to armed robbery, and receiving stolen goods.

The Rembrandt self-portrait was recovered in Copenhagen in 2005 intact and still in its frame.  Two Iraqis, a Swede and a Gambian were arrested after police, posing as potential buyers, recovered the painting in a Copenhagen hotel room.  The Renoir had been recovered earlier in 2005 in Los Angeles as part of the same sting operation, but it had been kept quiet as there was hope that the Rembrandt might be recovered too.

Today the Rembrandt is bolted to the wall and behind glass.