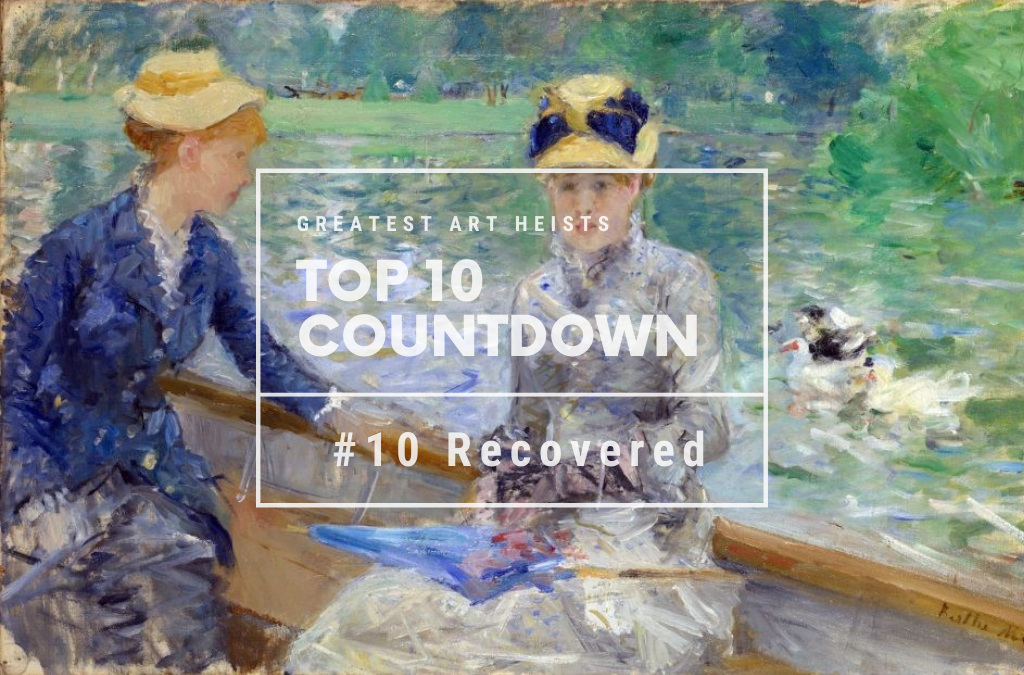 Two Irish students stole the impressionist painting ‘Jour d’Eté (Summer’s Day)’ by Berthe Morisot in protest at the handling of the Hugh Lane Bequest.  They believed the bequest was rightfully that of Ireland, not Great Britain.  The National Gallery of London and the City of Dublin both claimed rights to the painting and 38 others for over 100 years.

Sir Hugh Lane was an Irish art dealer and collector who had left 39 paintings to the National Gallery in London after becoming hampered and frustrated in running his gallery in Dublin over the years.  He had been killed in 1915 on board the ocean liner RMS Lusitania that was sunk by a German submarine during the early part of WWI.

After his death, the artworks were sent to London, but an unwitnessed codicil to his will was discovered that left the paintings to the City of Dublin.  The Tate Gallery refused to return the paintings despite Mr Lane’s last wishes.  From then on, rights to the collection were in dispute.

In 1956 Paul Hogan an art student from Dublin and Billy Fogarty a trainee vet from Galway audaciously decided to highlight the issue by stealing the Morisot.  They carefully observed the routines of the gallery and established when the guards would take their morning tea break.  Mid-morning, they took the painting off the wall and nervously walked out down the main corridor of the building.

They had even arranged a photographer from the Irish news agency to be out the front to capture the moment when Hogan descended the stairs of the museum with the painting under his arm.  The photo quickly became famous when it was published by newspapers all around the world in the days after the heist.

The theft had gone perfectly, but the two had not thought of what they would do with the painting once they had taken it.  They were not really expecting the theft to be successful.  They hurriedly arranged for an Irish friend living in London to leave it anonymously at the Irish Embassy.  The diplomats immediately arranged for the painting to be returned to the Gallery.

Although it was evident who had carried out the heist (Paul Hogan had been recognised in the photo as the son of a prominent Irish public servant), London police did not charge the two students for fear of creating Irish national heroes of the pair, and they did not want to highlight the lax security in the museum.

The political nature of the theft had ultimately worked, with the Tate agreeing to share the paintings with the City of Dublin, while controversially retaining their ownership.